A call about a 2005 Honda Civic EX Special Edition Coupe came from a young man wanting to sell his car.  He just graduated from college and was returning back to his home state and could not drive it back.  We met up with the car seller to look over the vehicle and were pleasantly surprised.  The car had only been driven just over a 100,000 miles.  It fired up immediately without any issue and drove like a champ.  The interior and exterior were extremely clean.  The automobile needed nothing. We promptly made a fair offer and bought the car on the spot. 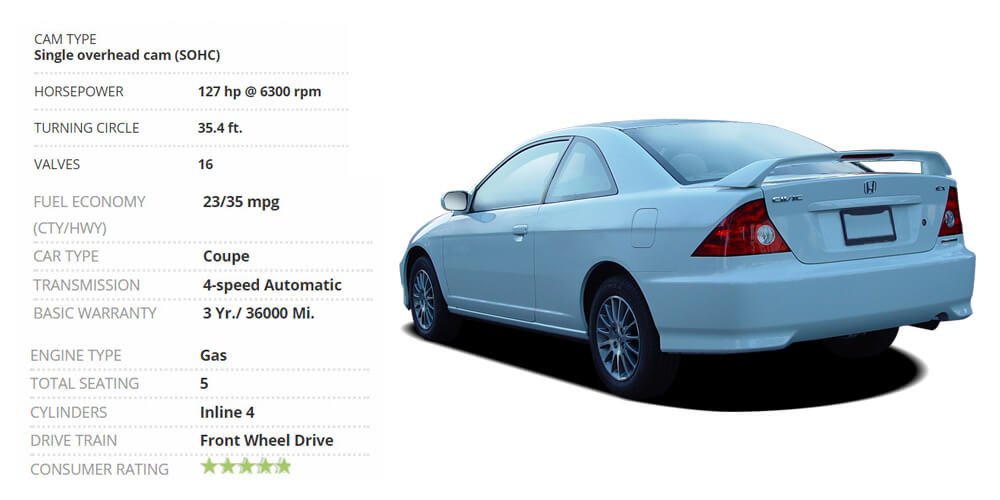 The 2005 Honda Civic lineup features 3 variations; a standard 4 door sedan, 2 door coupe and hatchback edition.  In addition, Special Edition versions for both the sedan and coupe were made available. The coupe we purchased features upgraded options designed to ensure fun and worthwhile driving such as: 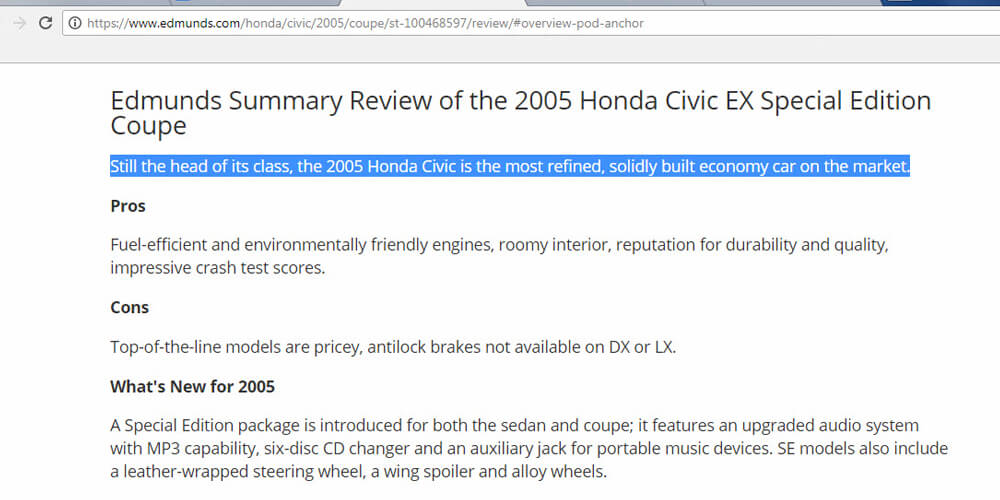 A couple of car owner reviews echoes the same sentiment…

A joyous and proud buyer of the 2005 Honda Civic Coupe Ex, attested that his unit has been the most solid and favorable car that he’s ever owned.  The owner added that; it’s a very economical and fuel efficient car that has a surprisingly decent performance on the road. “Cars like this are rare” he ended.

The second car buyer that we received feedback from was an elderly woman.  She gave a very positive rating for the 2005 Honda Civic Coupe EX. She happily testified that the vehicle was worth every dollar for its price ($17,010). It gave her the comfort and safety that she needs as an elderly woman. Not to mention its reliability and durability that certainly is redeeming. 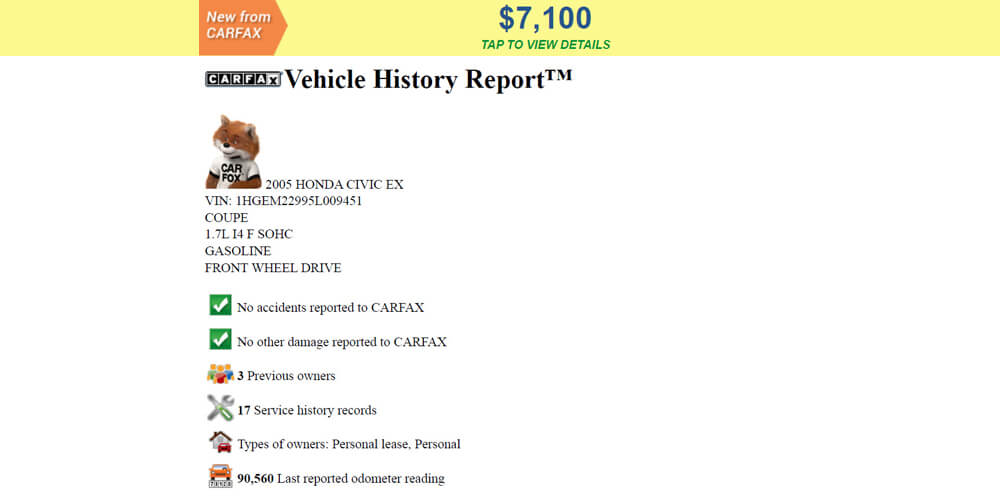 After doing some research on the vehicle, we were a little amazed that we were able to buy this car.  It is not typical to come across a popular, reliable and sporty car to be in such great condition while having such low miles recorded on the odometer.  We ran a vehicle history report or VIN Check and the printout we received only made the car appear more desirable and valuable.  We didn’t have to do anything except conduct a smog certification and give it an oil change.  We listed it online under Cash For Cars.  We did not have to wait very long before getting interested buyers calling.  A nice young lady came and bought the car as her vehicle to get to and from work.  It was a pleasure having come across this 2005 Honda Civic EX Special Edition Coupe into our possession before selling the car.

Open Everyday from 8am to 8pm